The Global Impact of National and Regional Security Issues

On the occasion of the 60th Pugwash Conference on Science and World Af airs “Dialogue, Disarmament, and Regional and Global Security” International Student/Young Pugwash (ISYP) invites students and young scholars from around the world to participate in an international conference that will address, from a critical and interdisciplinary perspective, the relationship between national, regional and global security focusing on the global impact of national and regional security issues (for example exploring the impact of recent developments in the Middle East) on a broad range of topics. 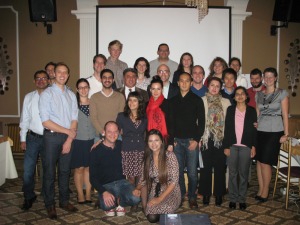 ISYP exists to provide the young generation an opportunity to demonstrate that it is capable of thinking in a new way to find opportunities for cooperation to end continuous or renewed conflict. The 8th ISYP Conference seeks to provide a space for young international security professionals and scholars to engage in a dialogue and exchange ideas concerning national, regional, and global security and interact with the Nobel Peace Prize winning Pugwash Conferences on Science and World Affairs. The 8th ISYP Conference will gather participants from various disciplinary backgrounds that are developing and have acquired the expertise necessary to understand, analyze and influence national, regional and global security. The conference will address the following issues: